1. 6. 2021
Company ARMATURY Group is successful in the world of ball valves, thanks to wide portfolio, which the company offers. The biggest dominant are soft sealing ball valves. The company can compete with quality and price and thus ranks among the world's manufacturers in this area.

The requirements of our customers are very specific and varied. Due to this it is not possible to reach the whole market with only one type of ball valves and it is necessary to provide even another solution. For example, ball valve with hard sealing and ball valve with metal-metal sealing. Especially in this area, we can see an increase of customers interests in this range of products. Ball valves metal-metal are mainly used in operation with higher requirements on endurance against abrasion – for chemical operation and for operation with polluted gas. In these operations are huge requirements on the resistance of the sealing elements and customers often require “0” tightness.

The requirements on the market are impulse for developing new valve

At ARMATURY Group we perceive our customer’s wishes. And that is why we try to research and develop new valves. The requires of the market was impulse to start a new project “Ball valves metal-metal with tightness A according to ISO 5208”. Goal of this project was to develop new range of ball valves in metal-metal design with zero leakage. The design and development of new valves is very time and money consuming. We are happy that we manage to complete the development tasks also as well as in this project, which was co-financed by the subsidy program from Ministry of industry and trade.

We can produce ball valves with long term zero leakage

Our goal in this project is to develop metal sealing ball valves with zero leakage. That means that they are in tightness class A, according to ISO 5208. The biggest problem in this case was not production of ball valve with “0” – we managed that due to our experiences. The problem is to keep the tightness over the time, that means to have “0” at the first testing but also after 50 or 1000 cycles. Cycling leads to friction between the sealing surfaces and their gradual damage. In operations with the presence of abrasive parts is the damage faster.

The simplest solution is to avoid friction between sealing surfaces so there is no gradual damage of these sealing surfaces. Due to this the concept with retractable seats was chosen. As the name is saying, the seats can move, and we are able to control the movement also. The seats are pressed against the ball in the case of the end positions, thus ensuring tightness in case of the requirement to reposition the ball from closed to open, but also to the contrary, the seats move from the ball. For this reason, there is no friction between ball and seats, and therefore these are not damaged. This also have other benefits such as reduction of the torque and the possibility of using a smaller actuator. The greatest advantage of this design is the long-term tightness at "0".

We test our products in Norway and Russia

Verification of these results was carried out on the prototypes of ball valves K92.32 NPS 16" Class 600. The first prototype was in the design for water, operated by electric actuators, the second in the design for gas, controlled by hydropneumatics actuator (HPO). Both versions took the cycling tests carried out at ARMATURY Group. The ball valve in the design for water was installed in Norway, where is for more than five years tested in real conditions. The next manufactured prototype is ball valve K92.32 NPS 32” Class 600 in design for gas controlled by HPO, which successfully passed the testing in real condition in gas pipeline in Saratov in Russia.

Thanks to our successful research and development in ARMATURY Group we have currently a fully competitive product for the most demanding working conditions.

For more information:
Lukáš Kušnír, Director of Research and Development 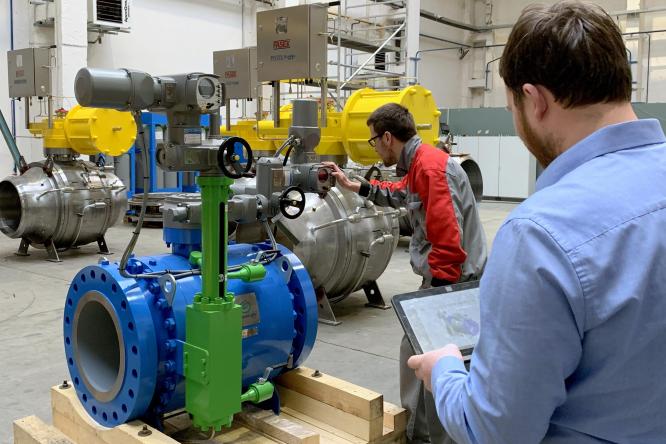 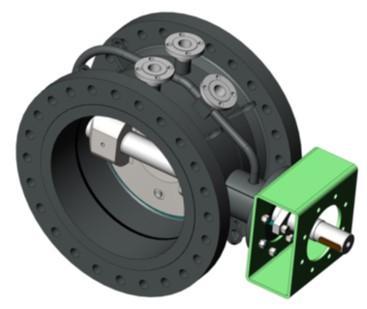 Vexve Armatury Group successfully develops cooperation. The example can be synergy project of company ARMATURY Group and sister company ZMK Technologies, which goal is a development of the new butterfly valve for petrochemical industry, specifically for ethylene production units. The petrochemical market is technically more or less divided into operators using gate valves and those, who use butterfly valves.
1. 6. 2021
Our cooperation within Vexve Armatury Group brings new possibilities

We know, how satisfied are you with ARMATURY Group!

Every year at ARMATURY Group we monitor satisfaction of our customers. This year the survey took place in February and was for the second time carried by external company. The goal of this monitoring is to find out, how you see ARMATURY Group. The external company sent survey where you could evaluate how satisfied or dissatisfied are you with our company. We have the results, and we are happy to share them with you.
1. 6. 2021
We know, how satisfied are you with ARMATURY Group! 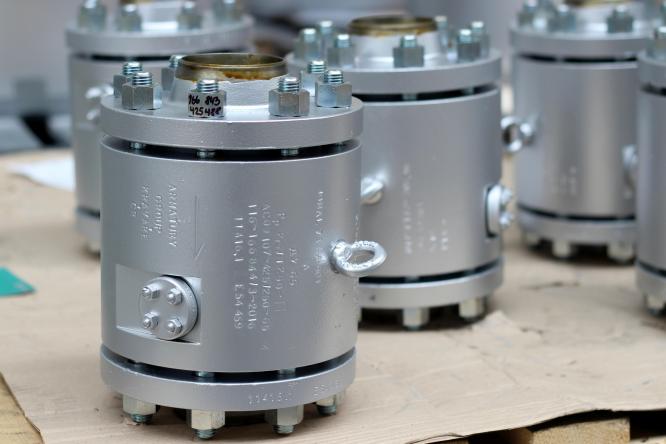 Safety of the valves in the nuclear power industry

Valves for nuclear power plants are integral part of product range in ARMATURY Group. These products are due to their demanding requirements on quality, materials, including qualified weld joint technology, as well as the range of the required documentation, fundamentally different from the other range of valves.
1. 6. 2021
Safety of the valves in the nuclear power industry
« First page‹ Previous page123456789101112Next page ›The last page »
Connection lost.
The requested page does not exist
An error occurred on the server.
An error occurred while parsing data.
The request timeout has expired
Request was interrupted.
The minimum possible value is
The maximum possible value is
You are using a browser in a mode that does not support storage in Local Storage. Some application features may be inaccessible.
An unexpected error occurred while processing the order. Please try sending your order again later.
Failed to copy link.
The link has been copied to the clipboard. Copied link