29. 1. 2021
ARMATURY Group is intensively involved in the supply of valves manufactured to increase the Polish gas network with the aim to ensure independence on gas sources and to increase transported quantity both in Poland and by transit transmission to other customers in other European countries.

ARMATURY Group followed up on pilot projects realized in 2016-2017 and since 2018 became one of the main suppliers of the operator of Polish gas pipeline, GAZ-SYSTEM, in whole range of ball valves and special gate valves for natural gas. Technical specifications, materials selection, control, testing and other customer requirements were completely implemented into the realized deliveries.

The gas pipeline includes also measuring/transfer station located at the border of individual countries as well as compress stations which increase pressure and gas flow in the gas pipeline and ensure its transport for long distance. One of the huge investments was the construction of the compress station Kędzierzyn-Koźle which is located only 50 km from ARMATURY Group and was one of the primary investments in the development of Polish gas network. We delivered to this compression station more than 950 valves of different size and the main part was delivery of 51 huge DN 1000 ball valves. In total, we delivered 349 ball valves for gas pipeline in Poland in 2020!

Innovation, development and certification according to customer requirements

ARMATURY Group is intensively preparing to participate in other part of the projects which will be implemented in the above-mentioned countries. The process of innovation of existing valves, development of new types of valves, certification and harmonization of our standards and requirements of individual customers are in progress. In addition to the mentioned ball valves and gate valves we have also started deliveries of special check valves. In the next year we plan to deliver to Poland approximately 550 pieces of DN 50-1000 valves.

The company follows up to the realized deliveries and is ready to prove, that it is rightfully one of the main suppliers of valves for gas industry.

Over 10 years we cooperate with the biggest Czech gas company NET4GAS, which holds an exclusive gas transmission system operator license in the Czech Republic. NET4GAS operate almost 4 000 km of pipeline and transfer about 45 billion m3 of natural gas per year. Company NET4GAS announce tenders for the projects and within huge competition the supplier with the lowest price, best references and the one who respect the date of delivery wins. Everything is under a strict penalty.
29. 1. 2021
Significant projects for NET4GAS yesterday, today, and tomorrow 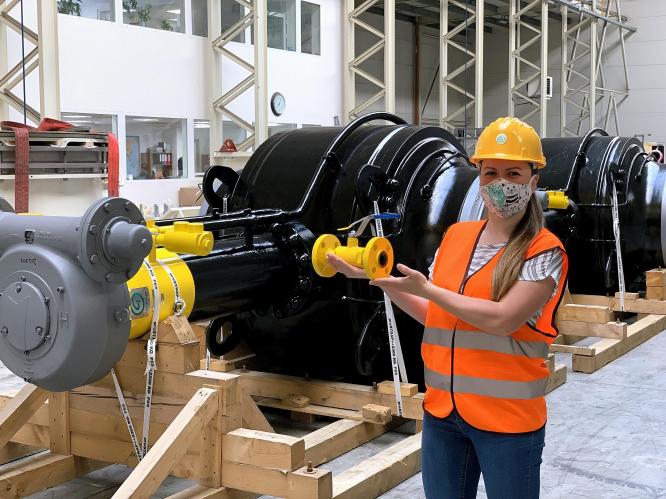 Huge assembly is heading to Norway!

A year of hard work across the departments was worth it! For our long-term customer Brødrene Dahl, we successfully manufactured four huge Butterfly valves with lever and counterweight L32 DN 1800 and two Dismantling joints M20.
7. 1. 2021
Huge assembly is heading to Norway! 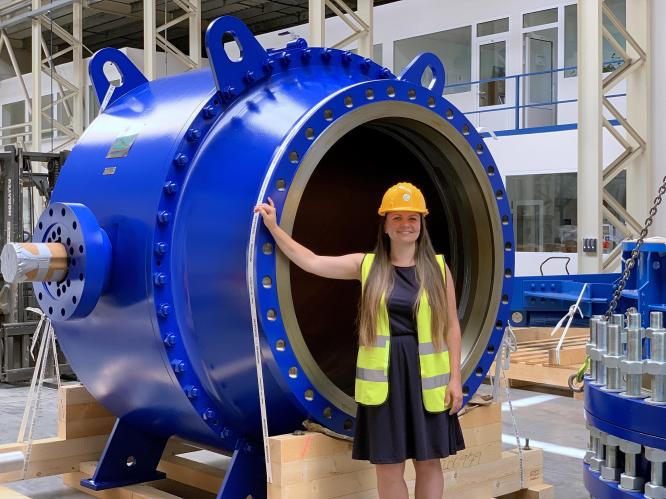 We have already been one of the ČEZ’s most important partners for a long time. During our partnership, we have built a great reputation in company ČEZ and not only because of our effort and quality work but also because of the fact that our valves perfectly resist the challenging conditions of nuclear power plants. Great and successful cooperation with this company is a very beneficial reference for us.
30. 10. 2020
Huge ball valve heading to Hněvkovice
« First page‹ Previous page12345678910Next page ›The last page »
Connection lost.
The requested page does not exist
An error occurred on the server.
An error occurred while parsing data.
The request timeout has expired
Request was interrupted.
The minimum possible value is
The maximum possible value is
You are using a browser in a mode that does not support storage in Local Storage. Some application features may be inaccessible.
An unexpected error occurred while processing the order. Please try sending your order again later.
Failed to copy link.
The link has been copied to the clipboard. Copied link