10. 11. 2021
This test is a condition for deliveries to Arab countries such as the United Arab Emirates and Saudi Arabia. Therefore, the management of ARMATURY Group a.s. decided to undergo tests with both types of its ball valves - K91 and K92. What kind of test is this?

Performing a DVT/TAT test on a product already needs to be considered in design stage during developing the prototype. The goal of a Design Verification Test is to ensure that a product meets all its design specifications. The DVT/TAT proves also if the valve design meets specific users` requirements or specifications. For example, the Original Equipment Manufacturer (OEM) specifies a P/T rating. The DVT/TAT procedure proves or disproves this rating by performing a series of clearly defined mechanical and thermal cycles over the full range of the test valve temperature rating.

DVT/TAT increases customers’ trust in the reliability of a product. It is also useful for finding problems early. DVT/TAT reduces the likelihood of having to do an expensive fix later, too.

General features of the test

In the petrochemical industry, DVT/TAT involves the testing of valves. Engineers test these valves to their design limits on pressure and temperature (ambient temperature, elevated and minimum temperature). The procedure includes both:  Several seat tests with use of nitrogen and body tests (static and dynamic) with use of helium to ensure tightness acc. Fugitive Emission Testing.

Engineers perform as many as about 200 mechanical cycles, including opening and closing torques. The specification bases the acceptance criteria for required seat tests on ISO 5208 and values for shell/ body tests on ISO 15848 (FE).

The challenge of the test

Designing and preparation of a product range to undergo DVT/TAT can be very challenging. It’s always a defined testing procedure. (Shell tests, seat tests, FE tests static and dynamic). It follows specified factors. These factors include the testing temperature at ambient, elevated, low, or even cryogenic levels – depends on the design conditions of the valve itself. The primary aim of a TAT is to show the customer that any possible change of temperature or pressure does not affect negatively on valve tightness. Therefore, the very special combination of shell tests, seat tightness tests as well as fugitive emission tests are getting performed also determining any potential leak paths to the atmosphere.

A valve obviously consists of many single parts made of different materials, e.g., metal parts, graphite rings, soft seat inserts like PEEK or PTFE and other seals are typically used in valves. All these materials have different physical coefficients of linear expansion. This difference always affects negatively on tightness of a valve – especially at lower temperatures. Our technical valve experts have gained experience in many areas. For example, they already know the potential leak paths of a typical valve. This knowledge is necessary for designing a valve that can meet stringent specifications and fulfill a range of heavy stress tests like DVT or TAT according MESC SPE 77/300.

A test sample K91 NPS 6 Class 900 was produced. The ball valve was transported to an accredited testing laboratory in Goes in the Netherlands. The test room is practically new, modern with high-level technical equipment. After installation of the test equipment, the prescribed number of cycles was performed. Subsequently, the strength and impermeability and tightness of the seats are tested. The testing medium is nitrogen. This is followed by a test for fugitive emissions with helium. The next step is the test with elevated temperature -200 °C, again with cycling tightness tests and FE test. This is followed by cooling to -29 °C, cycling, leak tests and FE. Finally, the ball valve is dismantled, and the condition of the internal equipment is checked visually after the tests. All these tests were performed with a successful result, and we were issued a certificate of testing in accordance with Annex C according to the regulation MESC SPE 77/300 on the ball valve type K91.

We currently have a sample of a K92 type ball valve in progress, which we also plan to have subjected to this demanding test. We believe that everything will turn out as successfully as with the K91 type. 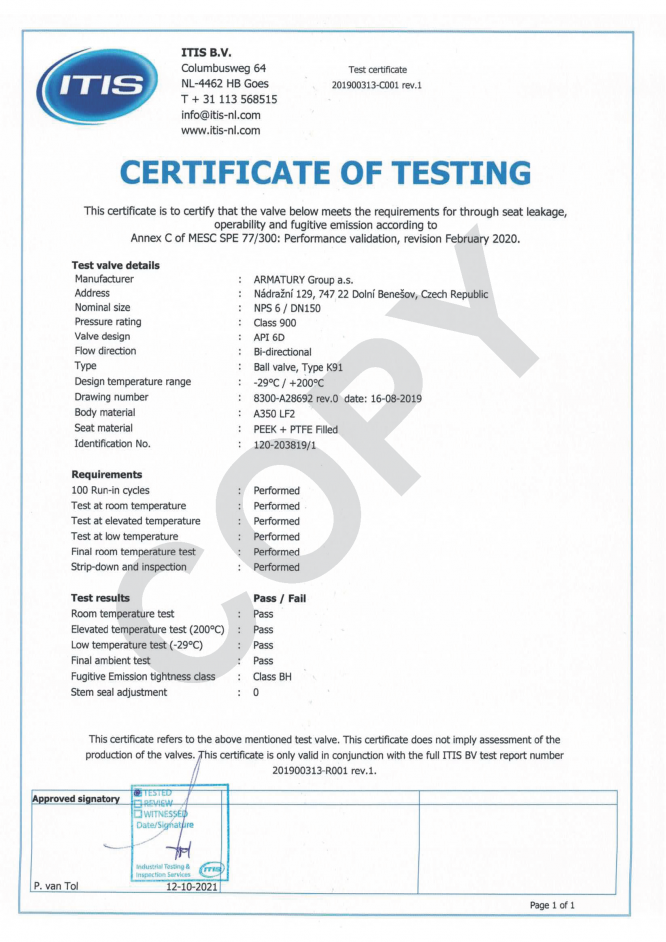 This test is a condition for deliveries to Arab countries such as the United Arab Emirates and Saudi Arabia. Therefore, the management of ARMATURY Group a.s. decided to undergo tests with both types of its ball valves - K91 and K92. What kind of test is this?
10. 11. 2021
ARMATURY Group has obtained certification for K91 ball valves 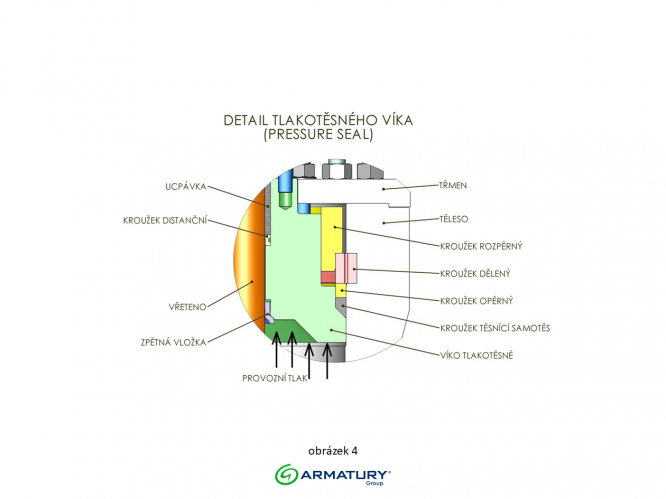 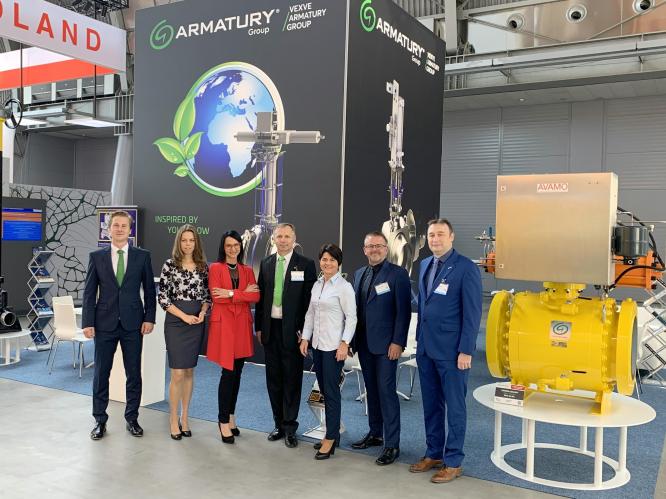 Which trade fairs are worth visiting? Welcome to Abu Dhabi!

Last year was characterized by the COVID-19 pandemic, which caused, among other things, the cancellation of many conferences and trade fairs. The situation is slowly turning for the better on both sides, and so the employees of the ARMATURY Group went to their first trade fairs of the year. In September, it was two events in Poland.
3. 11. 2021
Which trade fairs are worth visiting? Welcome to Abu Dhabi!

The company ARMATURY Group offers its customers huge range of industrial valves. In the online newsletter Valves360 we already introduce you to gate valves S33 or ball valves with retractable seats. In this issue we will have a closer look at fully welded extraction check valves type C09.6.
6. 10. 2021
Fully welded extraction check valves type C09.6 with life service at least 25 years
« First page‹ Previous page12345678910111213141516Next page ›The last page »
Connection lost.
The requested page does not exist
An error occurred on the server.
An error occurred while parsing data.
The request timeout has expired
Request was interrupted.
The minimum possible value is
The maximum possible value is
You are using a browser in a mode that does not support storage in Local Storage. Some application features may be inaccessible.
An unexpected error occurred while processing the order. Please try sending your order again later.
Failed to copy link.
The link has been copied to the clipboard. Copied link